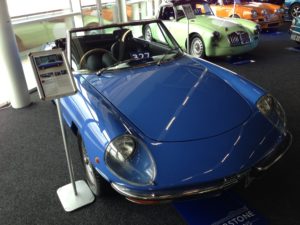 100 years of car making history so how much of a classic car maker is Alfa Romeo.

It”s probably fair to say that Alfa have had their ups and downs during their long history, although it has been an interesting one.

Alfa Romeo celebrated 100 years of history with all the Italian flair of some of their classic cars.

In Milan, or Milano for those in the spirit if things, on 24th June 2010, the whole city was a awash with Alfa Romeo.  There were celebrations, exhibitions, and events all over the city to enable Alfa fans to get involved and pay their respects to an admirable history.

The first Alfa model dates back to 1910, when in the Milan area of Italy, a company called “Anonima Lombarda Fabbrica Automobili” (A.L.F.A) made the 24 HP, which had the capacity to reach 100 kilometres per hour.  This first model displayed the initial version of the Alfa badge – which was in fact the symbols of the city of Milan with the wording Alfa and Milano.  The 24 HP was designed by Giuseppe Merosi, who then created a number of racing cars for the A.L.F.A company. 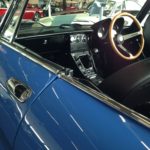 A.L.F.A began to know a lot of racing success, although this was interrupted by the first world war.

Post war, the company became Alfa Romeo in 1920, as Nicola Romeo became director of the company.  The first model to wear the Alfa Romeo badge was the Torpedo 20-30 HP.

The motor racing success was to continue and Alfa Romeo was to become the first winner of the inaugural world championship Grand Prix race.  Keep that little piece of knowledge handy for a pub quiz !

Mr Romeo was to jump ship in 1928, and the company found themselves in need of the help of Mussolini.

Thanks to their excellent racing reputation, the company produced luxury models for wealthy buyers and gave something for Mussolini to boast about.

However, post second world war, Alfa Romeo spent many years focusing on producing high volumes of smaller cars, and not on the luxury market.

In the mid 1950″s, Alfa Romeo created their famous Twin Cam Engine.  This inspired the start of the sporty era, and the classic Alfa Romeo sports cars that the company is so famous for. 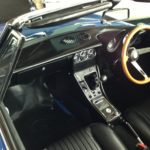 The classic GTA and Tipo 33 had international racing success and Alfa Romeo became renowned for creating rather sexy cars.

Whilst Alfa produced some classic models in the 1960″s and 1970″s, the company was in financial trouble in 1970″s.  By the 1980″s, with a little persuasion by the Italian government, Fiat took control of Alfa Romeo.

In today”s market, production figures are relatively low and modern Alfa fans have only the choice of the supermini Mito or the smallish family car the Giulietta.

For fans of classic Alfas, there is of course more to choose from.

The Alfa Romeo Duetta Spider of the 1960″s remains a true classic, made rather famous by Dustin Hoffman in the Graduate.

By the way, we know of a great little Roundtail Spider for hire in Milton Keynes, Bedfordshire or Cambridgeshire.  For information on daily rates or weekend rates call 077142 12841 for a friendly chat and more information.

If you have any thoughts to share on classic Alfa Romeos, please get in touch.