A superbly powerful word. Attach the words “and build” after it and you give birth to a monumental task. Where do you begin? How should you proceed once started? How do you evaluate the progress?

With the above figured out, you head directly into battle with the Devil’s nephews, twin demons who between them display the names “Obstruction” and “Mistake” on their dual birth certificate. And when these boys are busy elsewhere, their father, the Devil’s cousin himself, Setback Satan pays you a visit.

And during these wars with the family from hell, you strive to achieve what is perhaps the most important element any design should encompass. The element known as timelessness. And equally vital, that the built article physically keeps up with the timeless nature of its aesthetics.

None of the above is a walk in the park, and the mighty Devil usually has other ideas, deploying his supreme power over his loyal family to sort the relevant parties out. Parties who begin to progress too much for his liking. As The Godfather would.

Now, to battle the family from Hell and emerge triumphant, in the process creating and building something that continued to remain epic for decades to come, and still fails to show any tell tale signs of fading in the future is rather unique. But a certain car manufacturer has managed to do just this. They have created and rigorously maintained a sense of direction and perfection with one particular design, where as most other manufacturers have tripped up along the way here and there. The manufacturer in question must be part of the Devil’s family tree. He clearly gave them a break, after all, family comes first.

I reckon that one of Devil’s cousins must have the letters “P O R S C H E” equally spaced out on their birth certificate.

Or, failing that, perhaps Mrs Satan in her early twenties envisaged driving a drop top sports car designed especially for her in in later life, and knowing the process had to start somewhere, gave her husband an almighty prod with his own poker to make him behave himself and keep out of it. She gave him strict instructions that Porsche was to be left well alone. In fact, this is the version of events my money is firmly on. I’m going with it.

And yes. I was tempted to put in a deliberate typo in the form of ‘porker.’ But I do maintain my sense of humour is not that tacky.

Either way, may I introduce the legend that is the Porsche 911. For over half a century the 911 has looked similar, evolution after evolution, simply because the design was spot on to start with. And generation after generation merely needed to take advantage of advances in materials, design processes, building methods and new technology. And that they did. Because the family from Hell stayed well away from the off.

I am fortunate to have driven many 911s, from the 60’s and 70’s era just as Mrs Satan was in her prime, through to the 80’s and 90’s models that existed alongside Mrs Satan’s children growing up, capping off my experiences with more recent models where she was busy enjoying the delights from Porsche herself too. 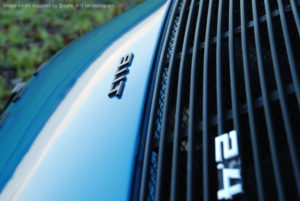 My very first experience of a 911, as luck would have it, kicked of in chronological order with a Porsche 911T. My clearest three memories of driving the little 911T are deeply ingrained in my brains hard drive – three files remain saved.

A springy clutch, a gearbox that required gentle but precise movement and a pull away technique that had to be mastered by stalling a few too many times. The flywheel felt light, because pulling away required an exact amount of revs at an intricately specific moment of biting point. The gift from this tricky process? Instant throttle response on the move. Any gear. Any point on the rev range. She ran forward into the horizon with conviction.

I fell in love with her chrome detailing. I’m not one to wash and polish a car regularly, but had that little Porsche 911 been mine, Sunday’s would have been devoted to her. It would keep her looking her best and I could show off in the process. In fact I would go and park her up in a busy street and get detailing. And love every minute of passers by stopping to ask me all about my cute 911. Not only was she cute, but dainty too, being extremely light on the front end. A full tank and couple of bags of shopping provided some extra weight and balanced the driving experience towards pressing on a bit.

The interior was beautiful. The silhouette of the car gorgeous. And the mechanical flat six rasp sexy. But overall the little 911 was cheeky. Whether it was nipping in and out of traffic, cruising along the motorway or navigating a tight multi-storey car park, she always did it in an upbeat manner. Her engine note always sounded positive with no threatening tones, and she commanded respect without trying at all.

Almost a decade later when I look at the prices online of similar 911’s I cannot believe where the time has gone…they have really appreciated quickly. I’m not sure how I missed it, but I have. I think for those who bought a Porsche 911T years ago, and dare I say it, even those who buy one now, hold a passport to destination ‘Appreciation’. I am pleased that throughout the years that passed without note, I have spent time with the daughters, grand daughters, great grand daughters and great great grand daughters of the first 911 I ever met. And they were all awesome individuals, maintaining the character and style of the original mother they stemmed from. Mrs Satan should be very proud of what she started.

So was the little Porsche 911T high maintenance? 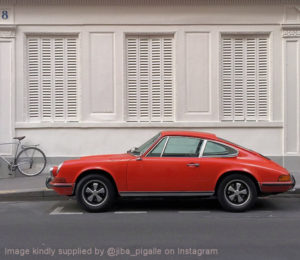 With the 911T firmly under my belt, my accidental chronological roll continued – I went on to sample an offering from Porsche that existed in the era Mrs Satan was beginning to pop out the sprogs and getting used to being a stay at home mum.

Oh, and for those of you are wondering who the father of all these girl 911’s I talk of is, well remember each generation had a top model. The Daddy. And from the 80’s onwards these fathers were known as Turbos.

Ladies and gentlemen. Welcome to Dungeons and Dragons and 911’s. Over the forth coming weeks this fantasy Porsche 911 saga will unfold and be told alongside the life story of the Guardian Devil herself.

Sign up with your email address now to receive the next adventure in a few days straight to your inbox on the Porsche 911 Carrera 3.0l – simply subscribe to my blog.

[…] Confused as to who the hell the Satan’s are? Please have a little read from the beginning to catch up with my Dungeons and Dragons and 911’s fantasy fairy tale – link here. […]