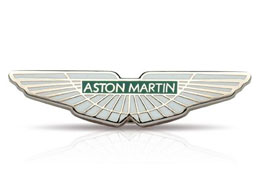 Aston Martin knows a thing or two about making iconic valuable classic cars and it”s not surprising with 100 years of history behind them.

In order to mark the creation of the company in 1913, by Messieurs Lionel Martin and Robert Bamford, a commemorative plaque was placed at the original home of Aston Martin – Henniker Mews in London.

The oldest remaining Aston Martin model, which was actually the third ever built, is the 921 A3 prototype.  This piece of history is on display at Henniker Mews, along side the most recent model, the beautiful Aston Martin Vanquish.

The unveiling of the plaque was followed by an intimate event at a famous London hotel, in which Sir John Standing portrayed Lional Martin an an account of the early days of Aston Martin.  Lucky you, if you happened to be one of the invited guests!

Other celebrations were as iconic as the cars themselves.  Aston Martin even unveiled a flying-car – well sort of …

On 17th January, two days after the birthday, an Aston Martin Car took to the sky and landed on the helipad of one of the most recognisable buildings in the world – the Burj Al Arab hotel in Dubai.

This location was not chosen by chance, as Aston Martin Chief Executive Dr Ulrich Vez, confirmed the company”s intention to focus on growth with the Middle Eastern market.

Historically speaking, Aston Martin cars were produced for the UK domestic market.  This is no longer the case, with 75% of Aston Martin cars destined for the international market, it is no wonder that the Middle East is a desired target for growth.

There are many more celebrations planned, in what will become a centenary year for Aston Martin.

Many of these events will fall between 15th and 21st of July 2013 for “centenary week“.  This will be a week of celebrations at Aston Martin HQ in Gaydon  and will include events, tours and a birthday party.  There will also be the centenary concours event in London on Saturday 21st July 2013.

So whilst this year is set to be an amazing year for Aston Martin, thanks to the massive success of Skyfall, 2012 was also a very special year for the iconic car maker.  Almost 50 years since its 1964 film debut in Goldfinger, the Aston Martin DB5 played a huge role in Skyfall.  Skyfall famously marked 50 years of Bond and paid homage to the significant role played by Aston Martins throughout Bond History.  Sadly, in Skyfall this meant exploding Bond”s iconic DB5, but don”t worry folks, no real Aston Martins were hurt in the process!

So Happy Birthday once again Aston Martin from all at Trade Classics – we love you.

More information can be found on Aston Martin”s own website