The Lancia Delta actually had a production run from 1979 through to 1994. This car, the last of the line in it’s “Evo II” form is a world away from the original front-wheel drive.

The original car, designed by Giugario, was a modest hatch-back designed to compete with the VW Golf. The base model was a 1.3L 4-speed car, with cloth interior. That original model evolved in to the Evo II over the years, and had a 2.0L turbo charged engine with 16v, 4WD, a wider track and rally suspension, radiators galore and an Alcantara interior as standard.

Harry Metcalfe did a review when he bought one, it’s on his YouTube channel “Harry’s Garage”. Take a look at what he had to say about the model too.

Dominic has owned this car for around 3 years. The purchase was actually a bit of an unexpected one, he’d gone to an auction with a friend of his who’s a fan of micro-cars, and ended up seeing this Evo II and falling in love with it. The car originally came from Japan, where it spent most of it’s life until being imported to the UK in 2011. There is some lovely service history that you can see in the media section.

In his ownership, he’s covered around 3,500km, taking the car on a few trips to Goodwood, and some car and coffee meets. Over his years of ownership, paying tribute to the car’s racing pedigree, Dominic as added a few “Martini” touches to the car.

Along with the Delta Integrale, Dominic has a Porsche 356 convertible. Living in London has it’s challenges on space, and making full use of the car, and that’s why this car is now come to us for sale.

The car has been serviced with Autostrada Engineering in Dominic’s ownership, and we can’t quite make out who serviced the car in Japan, but the invoices and check sheets have been uploaded as usual.

Finished in “Bleu Lord”, this particular Evo II stands out from the more common red cars you’ll see. With the aggressive detailing on this car, a lot of which is very practical, photographing it was a real pleasure.

Wheels & Tyres
16″ wheels and Pirelli tyres all round. Dominic had the wheels painted white, to continue the Martini theme across the car. They present in great condition along with the tyres.

Bodywork
Bulges, vents, flares, more vents. The bodywork on this car is something else. On a practical note, we didn’t observe any dents when documenting the car. Panel gaps looked great, and all the doors closed with a very satisfying and uniform “clunk”. Watch the video to see all the detail, the car coming from Japan and being dry stored in the UK since being imported means that it looks rust free. We did observe some corrosion on the top drivers side of the windscreen, but other than that the bodywork is in great condition.

Paint
The dark blue colour really suits this car. The paint looked to be uniform and in good condition across the whole car. As you’d expect with a car this age and shape, there are a few small stone chips along the front. These have been pointed out in the video review, along with one on the rear spoiler. The paintwork could do with a good mop and polish to really leave it with a lovely finish, it had just been washed but not dried a bit too quickly in the hot weather and so you’ll see some surface water marks on the car.

Glass and Trim
All of the glass and trim on the car looks great. Take a look at the photographs and video review for the detail.

All of the last iteration of Delta Integrale’s were finished in beige alcantara. This car is no exception, and Dominic believes that the first owner in the UK re-upholstered the car when imported.

Seats and Carpets
Recaro sports seats in beige, and matching carpets throughout. The detailing across the seats and door cards etc looks lovely. Take a look at the video review to see the excellent condition.

Dashboard
A very clean and clear dashboard. The yellow dials are easily legible, and lots of them to read too! The dashboard looked straight and free from any warping etc, a full review in the photos and video.

Steering Wheel / Gear Stick
A leather wrapped Momo steering wheel, and a matching colour Lancia badged gearstick to control the car. Both show wear in line with the age of the car, take a look at the photographs of the details.

212 BHP coming from the turbo charged 16 valve 2.0L engine. The Evo II is discernible under the bonnet from the red engine cover, proudly marked “16 valve”. Even though we were in the heart of London, Dominic took us on a quick run to show us the car in action.

Engine and Gearbox
Cold start on the car was no issue, starting first time and settling in to idle with the auto-choke off with no smoke to observe. On our short drive, we managed to get the car on boost, and go through most of the gears. The engine pulled with force, and sounded sporty with the exhaust system fitted.

Suspension and Brakes
The rally suspension and set-up in this car, the main reason for the bulged bonnet on the Evo II, felt great as a passenger. We didn’t hear any knocks or rattles on the drive, and the car stopped with no issues either. Watch the video to see the car in action.

The Drive
A quick blast in the car away from Westminster over the Thames to see what the car is made of. It delivered, if only we could have transported the car on to some twisty country lanes to see and experience what it was really made for.

Electrics and Other
Dominic tells us that everything on the car is working as it should. 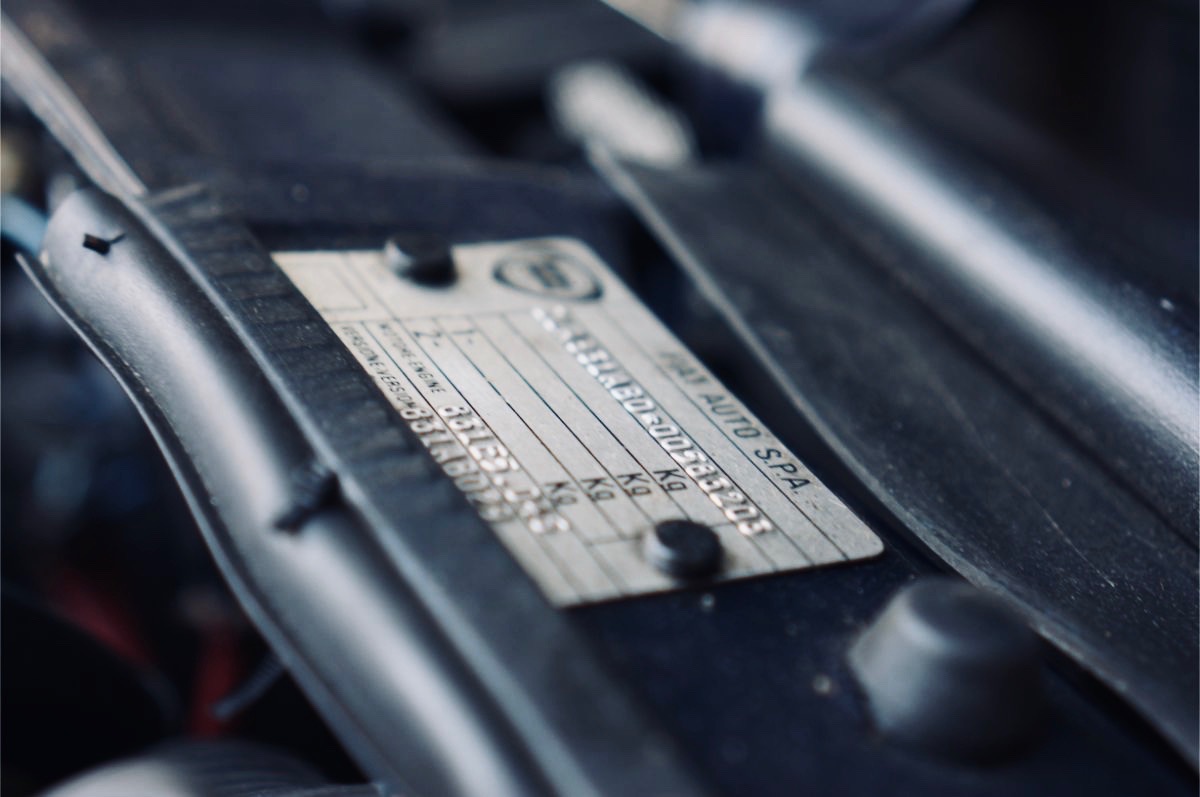 This car was originally ordered in Japan, and comes with the original service history of it’s life over there. We got the basics on the paperwork translated so that we could show how the mileage and servicing has been recorded. The car was then imported to the UK in 2011.

HPi Check Results
– The seller tells us the car is HPi clear and will be supported by our own HPi check.

There is a lot to be desired by this little pocket rocket of a hot hatch. Evo II, the last iteration of a long line of Delta Integrale’s that dominated the world rally championship for so long, it’s a car that will always have a significant place in motorsport history.

Cars from Japan always tend to be in great condition, and this one comes with the service history too. I think I might be bidding on this one myself, it’s blue after all!

KULRAJ SINGH SALH
This auction listing was written by Kulraj Singh Salh from information gained from Dominic the owner, and having visited and photographed the vehicle.

If you have any specific questions about the vehicle then please use the comments section below. Dominic will receive a notification and will reply as soon as he can.