This car is available for a private sale – please get in touch with us if you are interested in buying the car.

The first of the water-cooled Porsche 911, the 996 as the internal model designation is known. A production run from 1997 through to 2004, this was a major development in the 911 model history.

Some of the changes included; a new chassis, a water-coooled flat 6 engine, a sleeker body with a more relaxed angle to the windscreen, along with the “fried egg” headlights as the car moved away from the classic “bug eyed ” lights.

There were lots of reasons for Porsche to move from air-cooled to water-cooled; stricter emission targets, noise regulations, environmental concerns, and the need for a high performance 4 valves per cylinder set-up. The change to water-cooled bought with it an increase in horse power of 28, from an engine that was 0.2L smaller compared to the air-cooled 993.

Dave has always wanted a 911, and so when the chance came up to acquire this one, he snapped it up. He’s owned the car for just over a year now. Having worked in the auto-trade in the past, the time came where he wanted to treat himself to a Porsche 911 and he’s enjoyed driving the car since.

Finished in Seal Grey, with black leather interior, Dave instantly took a liking to the combination on this example. Originally, Dave bought the car for weekend use, but as his daily driver ended up having some issues he’s ended up using the 911 for his commute too. As he describes it “Not a bad way to go home after work”, not a bad way at all.

Dave is looking to sell the car, as his wife is in need of a new car now too, and so the 911 has to go for the time being. Speaking to Dave, after his experience enjoying the car, we think he’ll get another 911 in the future.

Finished in the smart Seal Grey colour, the car looked good on a moody and overcast day. Being a 2001 model, the car features the “fried-egg” headlights that the model was most notably known for when it was released.

Wheels & Tyres
18″ wheels and Pirelli tyres all round. Dave has recently put a new set pair of tyres on the rear of the car, and from our observation, the wheels present in good condition with some slight curbing on them. Take a look at the photos to see the detail on the condition.

Bodywork
A much more sleeker body design on the 996 compared to the 993, this example presents itself in good condition. When we documented the bodywork of the car, we didn’t observe any issues with panel gaps, or dents etc. Watch the extensive video review for the close detail on the car.

Paint
The paint across the car looks even in finish and colour across the panel. There is some lacquer peel patches on the front bumper, as captured in the video review, and on the drivers side wing mirror. Review the detailed video to see the finish on the paint.

Glass and Trim
Both glass and trim on the car looked good, we’ve taken photographs of all of the detail, take a look at the media below.

Black leather seats, and black carpets throughout the cabin, a smart place to be. You’ll see our usual photographs and videos capturing all the detail.

Seats and Carpets
The seats and carpets on this 911 are finished in black. The leather on the seats is in line with the age and mileage of the car, some visible wear which looks like it could be treated with the right products. The black carpets look smart, and the overall appearance of the cabin is smart.

Dashboard
The dashboard looks great, the big rev counter dial sitting proud front and centre, and all other elements of the dash look good. Take a look at the video footage as we capture all of the interior.

Steering Wheel / Gear Stick
Both the steering wheel and the gear stick have leather trim on them, and look to be in-line with the age of the car, no excessive wear or defects on them.

We took the car out on a quick run around the local area to put it through it’s paces and see what it’s like on the road. Check out the video to see the details.

Engine and Gearbox
The car started from cold, the flat 6 springing in to action on demand. On the drive around the local area, we put the car through it’s paces, the engine accelerating with ease and the car going through the gears automatically. Take a look at the video to see how it sounded etc.

Suspension and Brakes
On our short drive, Dave took us on some local roads with variable service. The car felt good from a passenger perspective, and the car slowed up under braking as you’d expect too.

The Drive
A nice drive to the outskirts of the area, you can tell why Dave has enjoyed owning this car and being able to enjoy it.

Electrics and Other
Dave the seller informs us that everything works as it should, with the exception being the ABS light coming on from time to time (not on our trip), Dave thinking this could be a dirty sensor. 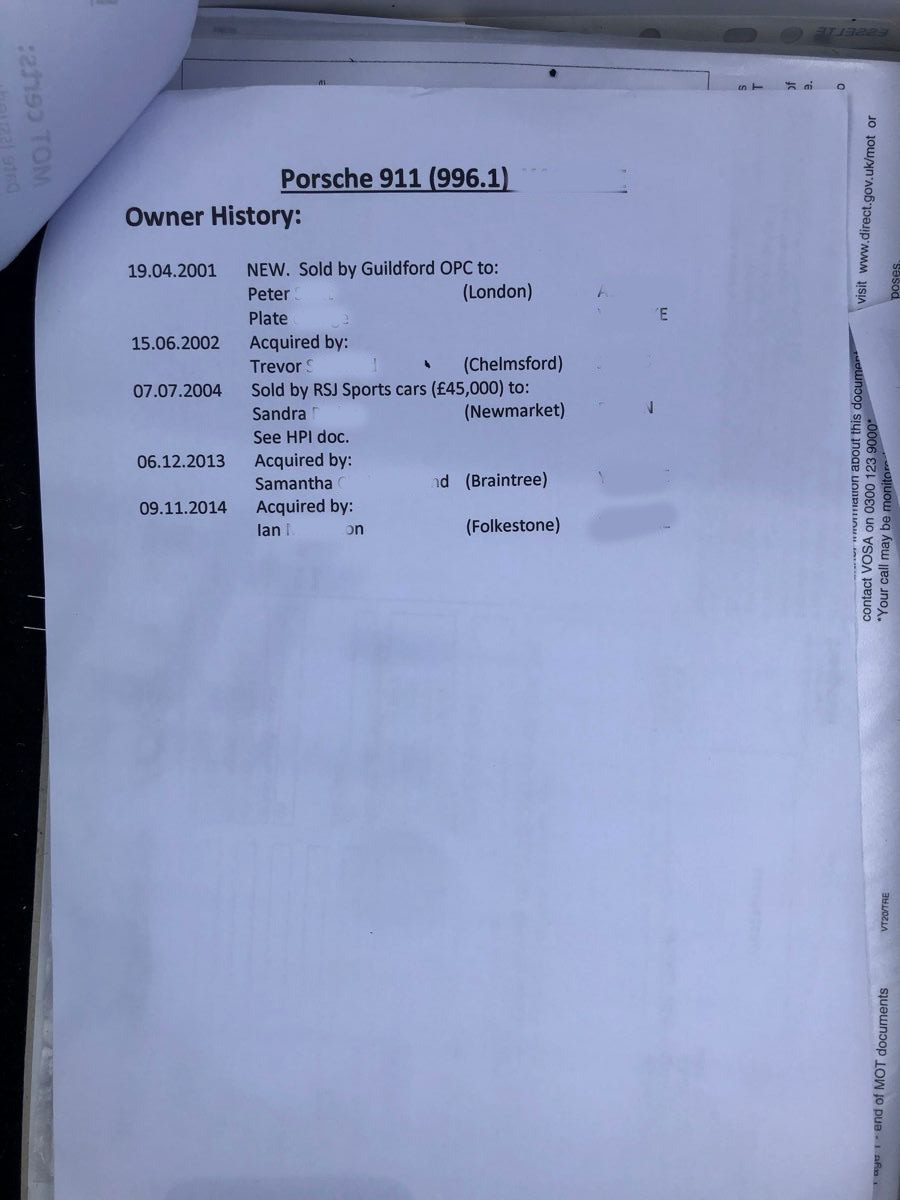 A host of service stamps, invoices and MOTs come with the car, along with some documentation of owner history and service history that was completed by one of the previous owners.

Porsche have been refining the 911 for many many years. The 996 was a big change, but arguably and importantly still an evolution rather than a revolution.

The first water-cooled flat 6 from the marque has for many years been the generation that has the fewest fans, not least because of those headlights. However, in recent years, the values have levelled out, and for some variants have actually been increasing. It makes 996 ownership often the best value route into the 911 club, and this example fits right into that category. 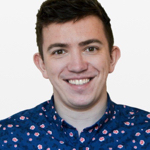 ANDREW WHITTOME
This auction listing was written from information supplied by Andrew after meeting Dave the owner, and having visited and photographed the vehicle.

If you have any specific questions about the vehicle then please use the comments section below. Dave will receive a notification and will reply as soon as he can.

wpDiscuz
We use cookies to ensure that we give you the best experience on our website. If you continue to use this site we will assume that you are happy with it - cookie policyDISMISS