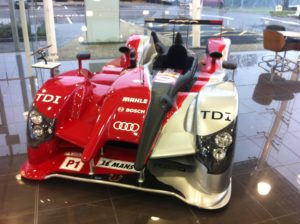 Recently the Trade Classic”s blog has brought you features on some fantastic cars, which can be viewed at VW Group Heritage.  So not wanting to disappoint, check out this amazing Audi R8 Le Mans.

Audi don”t just boast about 30 years of Vorsprung Durch Technik for nothing.  During its history, Audi has had an amazing amount of success to feel proud about.

Starting in the early 80″s (and not even including the Audi Union Grand Prix car from the 1930″s), the success started with the Audi Quattro.

In the early 1980″s, the original Audi Quattro won two manufacturers and drivers titles in the World Rally Championship.  It went on to confirm its rallying success by winning the Pike Peaks three times in a row with the Audi Sport Quattro A1.

On the race track, the success story continued for the Audi Quattro.  In 1990 and 1991, the Audi V8 Quattro won two championship titles in the German Touring Car Championship (the DTM, as it”s known in Germany). 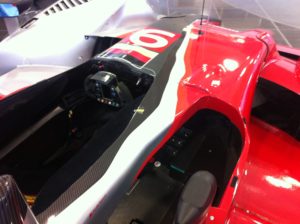 At the end of the 1990″s, Audi turned its attention to strengthening its claim on the Vorsprung Durch Technik.  Avoiding a word-for-word translation, this idea is all about developing Audi”s competitive edge through technology.

Where better to prove this point than in the ultimate test of motor racing: none other than the Le Mans 24 Heures race!

Success in 1999 was just the start, they went on to win the race for a historic three times in a row.  Bentley broke the run on 2003 and of course don”t forget VW Group own Bentley Cars too.

But the victories continued in 2004 and 2005 – Audi well and truly made the race their own. 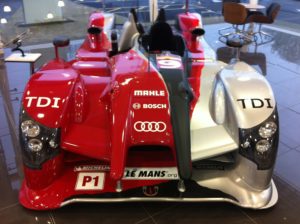 In 2006, Audi took on a new challenge.  Le Mans saw a new era of alternative fuel sources and Audi rose to the challenge by introducing a diesel-engined racing car – the R10 TDI.

The victories continued to come for Audi at Le Mans with the R15 and R18.

This year saw another Audi victory.  Success has become an expectation for Audi, even in the Le Mans 24 Heures, which is not known as the world”s toughest motor race for nothing.  However the Vorsprung Durch Technik mentality will no doubt aim to keep the champagne corks popping in France at next year”s race.