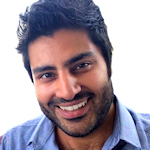 Running a V8 for Half The Price!

We are all aware of the black cloud hanging over diesel. A cloud that did in fact once sit behind the diesel cars in question. Tesla is leading the way in cranking up the amps to the electric vehicle market and charging up the industry demand in a true fast-charge manner. In terms of petrol, even super unleaded is a little worried that one day it may well be in the same category as it’s sibling 95; relegated and defunct.

There is, however, another contender for survival in the mix that is often overlooked, especially in the land of the modern classic.

There could be a little wave of motors that will slowly mature into modern classics, all running on LPG.

If you had asked me back in 2015 about LPG, I would have firmly turned my nose up. Now my daily soldier of a BMW 645ci that spends a lot of time out in mainland Europe, in and out of snow, sun, beaten roads and silky new asphalt has 28’000 glorious miles under its belt with me and LPG at the helm.

Let’s get the big fat elephant out the room first; an LPG converted car, even if done neatly, is generally considered taboo for any form of a modern classic, so let’s forget the value of the car itself.

What about if we focus on the running cost? Yes, it really does slash the fuel bill. I drive for half the price of unleaded pretty much. I bought the car with the installation in place, didn’t cost me a penny, and the car was the same purchase price as non-LPG versions around.

Apparently better for the environment, LPG does reduce the performance when you press on, but using up to 70% of my throaty V8’s propulsion is more than enough for my gentle driving style.

LPG is freezing like liquid nitrogen and thus caution must be used in the form of gloves to fill up. It starts on unleaded and only when warm does the LPG kick in. LPG uses a widget that is plumbed into the coolant circuit and being a freezing liquid, it naturally keeps the coolant temp down a bit and the heater a little less hot.

It’s not suitable for all cars, such as those that are direct injection, not all car parks allow LPG cars in, and I remind you all that an LPG tank will impact space, weight and visual appeal of the car. My 6 is heavy at the rear with its 75l tank; perfect for iced-over hills out in Eastern Europe on trips. My filler is hidden behind the petrol flap neatly. I service the system yearly. The money I save sits in an account that my bank calls ‘Saver.’

Check out all the rules for car parks you use, channel crossings and so forth, along with where LPG is sold near you, and if you can’t see any inconveniences, buy a car that’s already converted neatly and just start driving cheaply.

So when you see an LPG big engine borderline modern classic, don’t dismiss it immediately.

We have talked about upping your meds before but Mike, this time you may have something !!! Food for thought certainly. As usual enjoy your posts, regards Andrew

Ha ha thank you Andrew! How is that lottery win coming along? 🙂 The 8 series always asks me this!

Not as well as I hoped otherwise you would be shipping cars to Brazil for me !!! The company seems to be going from strength to strength but I am not surprised, but of course pleased, as honesty and transparency usually produce positive results.
I am sure this year that I will be buying and selling as I intend to work less and play more !
Always good to read your articles along with your colleagues, regards Andrew

Time to play will come, for sure, always does, and we at TC look forward to shipping some motors out to Brazil! In fact, I would love to know what the motoring scene is like out in Brazil…if you have time it would be great to hear first hand. I am currently exploring Eastern Europe to check out the motoring scenes here…I guess Brazil will offer even more delights! Yes, full steam ahead here..we just love cars too much…and I am pleased you enjoy our content; keep an eye out for many words of insight and wisdom from Tom…I am… Read more »

wpDiscuz
wpDiscuz
We use cookies to ensure that we give you the best experience on our website. If you continue to use this site we will assume that you are happy with it - cookie policyDISMISS