Tinkering Makes You a Super Hero

Engines have come a long way since the late sixties. Whether we reminisce about a Jaguar that produced a creamy V12, Porsche with their puncy flat six or the low burbling of a Ford Mustang V8 – all bring a sense of joy and excitement to all senses. Great to look at, pleasing to the ears, and wonderful to pick up a spanner and tinker with.

The good old senses of touch and achievement.

But why do I feel that mechanical problems are more upsetting today than they were decades ago. And much less satisfying to attend to. I think I may know why.

Changing the dynamo and belt on an E-Type series one was one of the most satisfying jobs I have ever done. Simply opening the clamshell bonnet, revealing the shiny and beautiful running gear was a special first step. Taking a spanner to a visible, logically placed nut, undoing it and swapping out the dynamo really quickly made me feel like a super hero.

This week my 645ci started smoking at idle. Time to inspect the crankcase breathers. I opened the bonnet. Boring. Plastic welcomed me. This very plastic had to be removed. Four illogically placed nuts that required a star driver. Why not a normal Philips head! Removed more plastic, of course illogically placed, trapped in by masses of pipes and wires. Removed brittle plastic caps, each one of which had an illogically placed tab, to reveal flimsy parts, that sadly turned out to be in good shape – making valve stem seals the culprit by default. 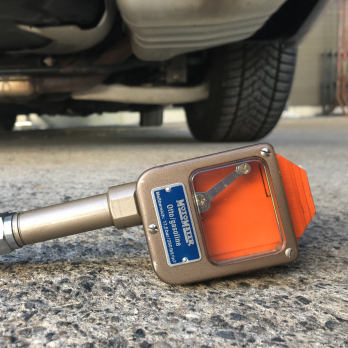 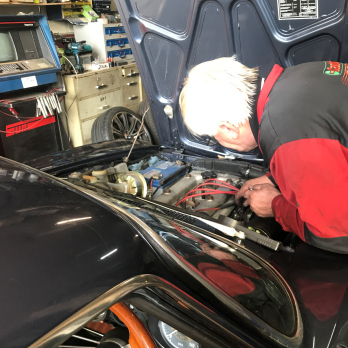 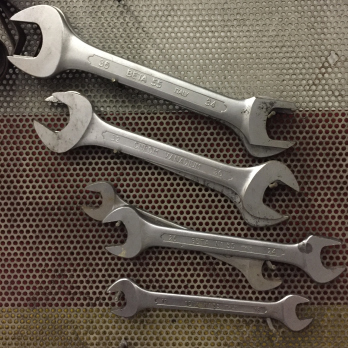 Great. I can’t do that myself. Expensive, labour intensive fix. Still, at least I had time to recover from the shock as I messed around putting the plastics back. Not so super hero this time!

I am not saying for one moment that I would know how to replace these on an older car, but I know that access is likely to be much easier and the associated bill more acceptable to digest due to its age. My 2005 fully serviced, carefully driven 100,000 mile engine though? Acceptable? No choice. BMW’s valve stems don’t stand up to the test of time in that engine because it runs hot to keep emissions in check, and is from a new dawn when manufacturers began to promote long oil change intervals to sell more cars. Equally, thanks to this new dawn and the Internet forums it brought with it, I knew of this potential ugly issue already before I bought the car. I chose to dance with the Devil.

The new era perhaps revived wear and tear associated with an era gone by. And to keep up maybe we have to revert back to some old tricks. I will try my luck with a thicker oil and continue driving gently as I do. Just as my grandfather did with his Cortina in 1986 to keep it going.

I would love to know your thoughts on how car maintenance today makes you feel.