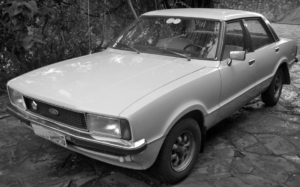 Yes folks, it has really been 50 years since the first Ford Cortina was made!

Production of the Ford Cortina dated between 1962 and 1982, so in the same way we are also celebrating 30 years since the last Ford Cortina was made.

In 1962, the debut Mark 1 model came of production in the UK at Ford”s Dagenham plant.  Launched in September 1962, the car was targeted at the family market and was featured in the October London Motor Show in 1962.  The Mark I was originally available as a 1.2l or 1.5l 4-cylinder engine; as either a 2 or 4 door saloon; or a 4 door estate.  The base model was sold at a price of just £639.

Ford constantly developed the Cortina Mark I, particularly its engine.  It was felt that the standard 1.2-litre engine was struggling to cope with the mileage covered by British travelling salesmen, and in response Ford developed versions of the Cortina Super. The Super had a 5-bearing 1499 cc engine, and various enhanced versions were released.  There was also the high performance Lotus-Cortina (which was available in Mark I and Mark II versions).

By 1966, it was time for a new version of the Cortina.  The Mark II was released with the slogan “New Cortina is more Cortina”, and provided more interior space and other driving improvements.  This car achieved its goal, as it was to become the most popular new car in Britain in 1967.

By 1970, Ford were ready to reveal the Mark III.  The focus point of this model was its shape, and it reflected the new coke-bottle design.  It was also a weightier car, giving it a safer feel.  Sales started slowly due to a strike by Ford workers in 1971, but once production was back on track, the Ford Cortina Mark III became Britain”s biggest selling car.  Forty years on, and the Mark III has become a rare classic car.  This model was particularly prone to rust and therefore did not age well.  So if you get your hands on one in good condition, then you could be looking at a good classic car investment.

The Mark IV was produced between 1976 and 1979.  The notable change for this model was its body.  The Mark IV, was a much heavier car, with much bigger windows in order to provide a brighter interior and better viewing.  The Mark IV also saw the introduction of the Ghia engine.  This model was the most popular British car during this period.  I have personal fond memories of the Mark IV model, as it was our family car back in the day.  We had a used model, which was pretty reliable at the time, in the early 1980″s.

This final model of the Ford Cortina was the Mark V, which was produced until 1982.  By now, the basic 1.3l model was sold for £3,475.  This model had a much wider grill to the front of the car, but also saw engine improvements in both fuel economy and power output.  The model also aimed to be more rust resistant, however this remained a problem.  The release of this model maintained Ford”s run as Britain”s best-selling car.  The best-selling run was, in fact, unbroken between 1972 and 1981.

The popularity of the Ford Cortina is truly historic and we particularly love to see good-condition classic Cortinas available for sale on Trade Classics.

Over 2.5 million Cortinas were sold in Britain, and despite the fact that the Ford Cortina has not been made for 30 years, it remains the third most popular car ever sold in Britain – WOW!