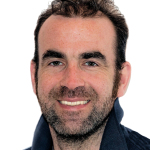 As passionate and knowledgable about cars as us, making him a great member of the team. Studying for a photography degree at Birmingham University after serving in the Army for some years, Glyn is looking forward to a bright future. @motiontech_photo

Glyn has been an exceptional engineer throughout his life with a wealth of experience in military and automotive sectors. He currently works for us a professional consigner and loves coming to meet people and helping them find their cars a new home.

He bravely served in the British Army from 1998-2013 taking on objectives involving radars, vehicles, armour, communication and as an EOD technician. He started to document his military life in 2006 which sparked his passion for photography.

From 2014-2017 Glyn was employed by Jaguar Land Rover working on powertrain development as well as classics.

The following year he worked with the JRM Group on their GT3 Nissan GTR racing car.

Glyn wanted to be more creative after finding a passion for photography and saw the opportunity to get a degree in what he loved. Since enrolling in 2018, Glyn is now studying at the University of Birmingham studying a BA in photography and is looking forward to his third year.

He is as passionate as anyone else in the team about cars and vehicles as a whole he says he likes “anything different, whether it be speed, looks, or age not even just cars, but trucks, tractors etc too”

Here is a list of some of his current and previous cars he’s has owned and what he is looking our for.

Austin A35 or a comp-safari car

‘My favourite would probably be Frog-eye Sprite. The weather was hot and the ride was amazing. Everyone we passed would smile and wave at the car- very satisfying speaking to the owner also.

Must mention Eddie, with the Fuego Turbo- what a character. Super welcoming and enthusiastic. It was like documenting a piece of history, and not forgetting his crazy shirts………and the Fuego really did shift when he put his foot down.

Also, the Triumph TR4A when we managed to repair the car on the side of the road after a wire came off the distributor. It then drove great for the rest of the consignment.

Glyn is working towards a first in his photography degree and may potentially do a Masters.

He wants to finish transitioning from being an engineer to be a fully established freelance photographer with a studio.

After 22 years of primarily being an engineer with a photography hobby, he will become a full-time photographer who does engineering as a hobby.

Glyn loves working for us, and the feeling is mutual! He cannot wait till his next consignment!