Is Skoda a Classic Car Maker? 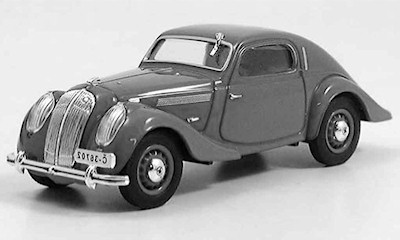 When I was a child, there were jokes which went along the lines of: “What do you call a skip on wheels…..a Skoda!” and the classic one: ‘Why do Skodas have heated back windscreens…..so you can keep your hands warm whilst pushing them!’.  And you had to feel sorry for the boy in my class at school whose dad had a Skoda, he was completely persecuted by the other lads.  No matter what taunts were exchanged, the final one was always, “…at least my dad”s not got a Skoda”. Poor kid.

But it was not always the case.

Skoda was originated by Czechs Vaclav Laurin and Vaclav Klement at the turn of the 19th century, when they went from creating award-winning motorbikes, to creating the “Voiturette” classic Czech car. This car became an international success and as a result Skoda Corporation was formed in 1907.  Skoda went on to produce military material for the First World War and became Pilsner Skoda in 1925.  After the crisis of the 1930″s, Skoda successfully developed the Skoda Popular.  This car was mainly famed for its reliability, but the Skoda Popular Sport gained a lot of recognition when it achieved 2nd place in the 1935 Monte Carlo rally.

After the war, the group became nationalised within communist Czechoslovakia, they managed to maintain a reputation for reliability until the 1960s, after which point they evidently struggled to keep up with western technological developments.

Skoda released the Skoda 130 in the 1980s, and for me, this car is the cause of the jokes which were around when I was at school.  With its basic design and outdated rear engine, it fell behind other cars which were available at the time.

Skoda then went on to release the front-engined Favorit which won itself a decent review on Top Gear in 1989. But a classic car it was not.  Despite its success on the rally circuit and in other parts of Europe, it still lacked a certain class with a very plastic interior.  It was a competitively priced hatch-back (compared to rivals such as the Fiesta or Nova), but this only confirmed its status as the car that you did NOT want your dad to own.

By the end of the 1980″s Volkswagen were involved at Skoda, and started to increase the desirability of the Favorit by significantly upgrading both the engine and the interior. Its successor, the Felicia, was the turning-point, as Volkswagen”s influence began to change the negative image of Skoda cars.

Volkswagen took full control of Skoda in 2000, and in the same year the Skoda Fabia (successor to the Felicia) won 2000 WhatCar? “Car of the Year” in the UK. Skoda cars since then have benefitted from Volkswagen know-how, and some excellent marketing.

I loved the 2007 “cake car” advert to Julie Andrew”s “”Favourite Things” which made us think about the meticulous detail of car construction, and finished by sticking the Skoda badge on the front.