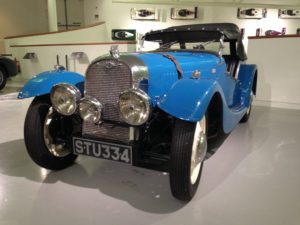 In this article I thought I”d talk about the difference between the terms old classic cars compared to modern classics.

However, some of you might be thinking, hang on a second Emma, have you gone mad – isn”t the term modern classics a bit of an oxymoron and surely all classics are considered “old“?

It”s widely accepted that classic cars are split into a couple of buckets, i.e. old (or true) and modern.  For example, a couple of modern day classics could be the Jaguar XK8 or Ferrari 355 – both these cars have a recent and firm footing in the 90s which makes them only about 15 years old – there are still plenty of everyday cars on the roads today of that age. Whereas, examples of older, or true classic marks are the Jaguar XK150, Ferrari 250 GTO or the beautiful little Morgan in the picture above.

I personally think this labeling is more prevalent in recent years, as cars are lasting a lot longer than they used to do.  You now regularly see cars of 15 years or older in everyday use and they still look relatively modern and in good condition.

When I was learning to drive in the early 90s I remember a friend of mine had a little black “R” reg mini from 1977 and was only 13 years old at the time, however, it was rotten as a pear and was probably ready for the scrap head – we all thought it was ancient back then. 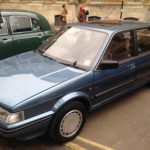 When you think about it, it”s not very often you see cars that bad these days on the road.  In today”s terms it”s like seeing a “51” plate now – as we know, the majority of them all seem to look quite good and last much longer.

So with cars lasting longer it stands to reason there will be older desirable makes / models in current use and not yet ready for retirement.

As a general rule of thumb, I think the term “old” starts from the early 1980″s and goes back in time to around the 1950s before the term “vintage” takes over, whereas the modern classics start from the mid 1980s and go through to the early 2000s.

So it”s always anticipated that modern classics will turn into true “old classic cars” over time.  However it just takes a little longer to get there compared to past decades.

I”d love to know what you think on this subject – please get in touch below with your thoughts.