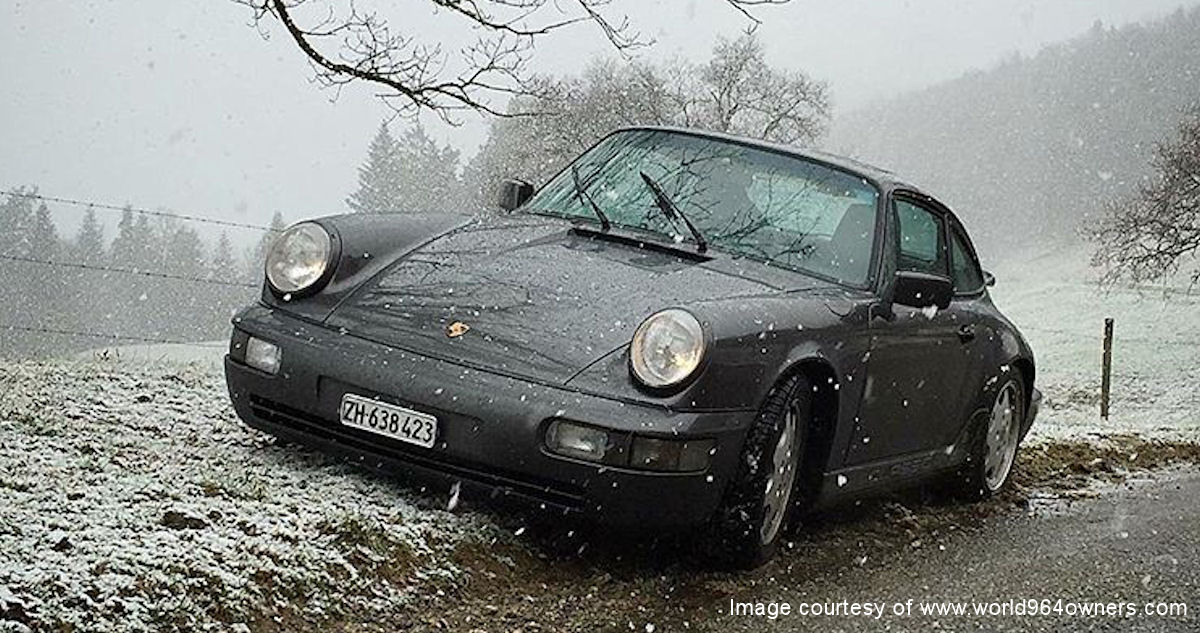 Mr and Mrs Satan had an understanding. He was to stay out of Porsche’s way, full stop. Project 911 was Mrs Satan’s personal baby. She had been offering Porsche protection from her family for just over a quarter of a century now. And she was currently watching the 80’s impact bumper sporting and whale tail wearing 911’s that ruled the world become the ‘previous generation.’ There was now a new incarnation of the 911. Some of you may be a little lost as to why I talk of the Satan couple. Have a little read of my previous three articles…it will all fall into place, I promise. Cross my heart.

The devil twins were almost finished tormenting their secondary school. And Mrs Satan could now envisage her not so little devils going to college in years to come and leaving the family home to set up their own fire pit away from her. She was getting oh so close to being in a position to enjoy her ultimate 911. One day. She just had to keep protecting Porsche…and when she was ready, Porsche’s engineers would pay her back in kind for all the protection she had offered. They would make a 911 just the way she wanted it to be, specifically for her.

It had been a good few years since Mr Satan had interfered and produced the legendary 930 Turbo model. In fact, since his last punishment from his wife he dare not even mention the word Porsche. Until one day the happy couple were sharpening the pokers and stoking the fire together. Mrs Satan kept glancing at the front cover of a magazine sat on the coffee table. It had the latest 911 on it, the Porsche 964. Complete with smooth bumpers and wrap around light lenses it was embracing the 90’s. Mr Satan just couldn’t help himself any longer.

“I don’t care if you don’t get it. This 911 dream in the making is my business and my business only. Soon I will have my own 911 especially for me. Just keep out of it ok? You dare mess this up!”

Mr Satan paused. He looked into his wife’s piercing devil eyes, wishing he had not opened his mouth. And then she said it. She uttered the following, monumental, accidental words:

“In fact, if you don’t like it, ask them to build a car for you! Then you might understand how I feel!”

Green light. And so Mr Satan did just that. As a thank you for his lack of interference the Porsche bods offered to tweak any model of his choice, in any manner he wished to. He could pick a model he liked. And do what he wanted to it. Put his own twist on it. He chose a 928. And put his soul into it. Good man. 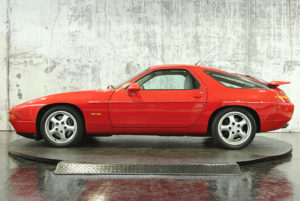 Enter the Porsche 928 GTS. And I am lucky enough to driven one. The 928 GTS reminded me of the 930 Turbo…but without the on and off nature. Brutal, strong, a hard man…we were yet again a double hard pair. I called the 930 Turbo a drug baron at the top of his game. Well if the 930 ruled London, the 928 GTS was his supplier, based in Columbia. And owned many machine guns, politicians and policemen.

It was my kind of car, Mr Satan wanted to be like Mike I think. From the circular pop up pods at the extreme front end of a long bonnet, to just knowing that when I pressed the accelerator I was stirring a 5.4 V8 powerplant that was evil. It even sounded evil. Mr Satan’s personal twist lived on.

The 928 GTS looked handsome, sophisticated and un-flustered. Heavy and powerful. Just my cup of tea. With a BMW 840ci Sport as my own personal pride and joy, I hoped not to like the 928 GTS more. But I did like it equally, not more, not less. But perhaps the only reason I did not end up liking it more was because it was not mine. Who knows.

I will never forget the 928 GTS, it is on my list of top twenty cars to own. However, I proved my point that all Porsche’s should be maintained by a specialist and corners should never be cut servicing wise. 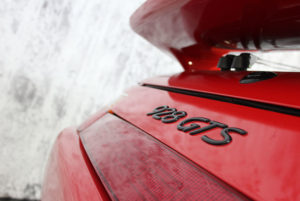 The 928 GTS that I was spending time with would not idle smoothly and was sluggish to start after a drive one day. Perfect symptoms to warrant a battery change. Half a day later…new battery fitted…and the now cold engine started and behaved perfectly. Awesome, job done. I am thoroughly enjoying the drive through town, auto box and huge V8 making mincemeat of London traffic, my arm draped over the driver’s sill, headlamps on despite the day light and Billy Ocean’s best loudly exiting the windows-down-928. The dash lights begin to flicker. The 928 dies, cutting out in busy traffic. Fear not, I was carrying a booster pack. It was clear now that a faulty alternator had killed the new battery and most likely the old one.

But the booster pack would not work. I thought it must have been too weak for the gladiator of a V8. The heavy 928 was pushed to the side of the road. It took five of us, the 928’s dignity was still intact. He was still heavy. Waiting for the recovery services I patiently observed two hours pass. Then, just for the sake of doing so, I tried to start him. He fired straight up. Result, the battery had recovered I thought. I cancelled the recovery and gently drove back to base. New alternator fitted a day later, battery charged, off we go, the 928 GTS and I, the double hard, heavy pair. Only to go and wait for the recovery services five miles away. 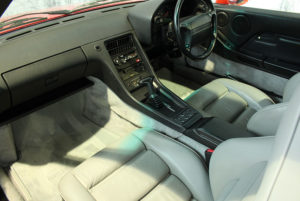 Ever heard of a partially seized engine? Neither had I. But that was the mighty 928 GTS’ terminal illness. There is a coupling between the automatic gearbox and flywheel end of things…and if this coupling is not tightened and re-locked into place with an appropriate chemical at regular intervals, the drive-train’s movement back and forth from extreme torque forces during driving pushes hard against the crankshaft, causing damage known as ‘end float.’ Which comes to the surface when the engine is hot. Had the 928 been maintained regularly by a specialist, this could have been avoided. The 928 GTS in question required an engine rebuild. I was glad it was not mine and equally happy that the problem was already there before we spent time motoring around town together. It was not my doing.

The above is not a technical explanation, I am not an engineer nor a qualified motor mechanic – but I know what the poorly 928 GTS felt like and what the outcome was. So should you buy one? Yes. But only if it idles well when warm, does not stall and crucially starts up as it should if you turn it off from hot. And, has full, above and beyond, over board even, service history. I would suggest researching the wonderful world of internet forums and owners clubs before taking the plunge to snap one up, I would do exactly that. The 928, any variant of it, is a complex car with a lot to go wrong, but when on song, not a lot can touch it. It is one of the best handling cars I have ever driven, the sheer weight kept it planted firmly on the black stuff. The epitome of road presence in my opinion too.

And what about the ‘sits under the radar 964?’ I hear you ask. The 911 on the cover of the magazine resting on Mr and Mrs Satan’s coffee table. Well, I have only ever had a brief stint driving a Porsche 964 and it warrants a cut and paste of the 1977 911 article because other than styling there was not much I found different. It is a mighty fine 911, and speaking off the record, just from my own personal thoughts it is one to watch. They seem to be rare. I think Porsche was so tied up with Mr Satan’s 928 GTS project to keep him happy that they just quickly changed the bumpers and lights on the 911, called it the 964 and in turn ticked the progress box to keep Mrs Satan happy.

And thus with the 964 on the market, ongoing protection from Mrs Satan, and the bonus buffer of Mr Satan being occupied with his 928 GTS…Porsche were safe. Extremely safe from the family from hell.

The 964 and 928 GTS together had cleared the pathway for the 911 fantasy to reach new heights. Stay tuned.

Make sure you do not miss the next adventure of ‘Porsche 911 – The Devil’s Own Sportscar‘ by signing up with your email address to receive it straight to your inbox!

P.S. Oh yeah, and if you like my articles then you can have them delivered straight to your lovely inbox – simply subscribe to my blog.