Login Details
Trade Classics > Classic Car Blog > What are the MOT changes for cars 30 years old and over?

What are the MOT changes for cars 30 years old and over? 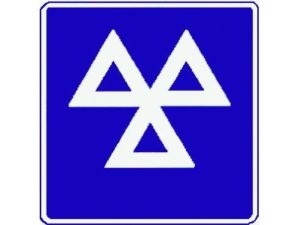 For me, the MOT is right up there with an appointment at the bank.  Something that I have to do, but would rather not do if I am really honest.

So when the government announced their plan to abolish MOTs on vehicles over 30 years old from November 2012, I was generally in favour.  After all these are cars travel far fewer miles than the average modern car, are looked after meticulously by their owners, so why shouldn”t they be treated differently?

But now that I start to think more about it, I am not as sure…

So why do we have to have the annual MOT? My initial answer would be “because we have to’!   Some of you more balanced thinkers may say, “because it assures my safety and the safety of others” – this is a good point.  When the government announced the plan, they stated that it fell into their promise to reduce red tape.  It was felt that this was a small group of cars (162,000), which travel short distances and are involved in very few accidents.

So far so good then?

But then, Mike Penning (Minister for Roads) went on to say: “Owners of classic cars and motorbikes tend to be enthusiasts who maintain their vehicles well. They don”t need to be told to look after them, they”re out there in all weathers checking the condition of the engine, tyres and bodywork”.

So seemingly classic car owners are responsible for ensuring that their vehicle is well-maintained.  However, what happens if you find yourself in an accident?  How do you prove that your regular tinkering in the garage has secured the safety of your car. Without an MOT there is no real evidence.  Similarly for selling a classic car without an MOT cerificate, how do you prove to a buyer that your car is in good working condition?  The answer would be for the classic car owner to arrange their own visits to the garage, but of course not necessarily on an annual basis.

Then there is this week”s news of a directive from Europe (now there”s a surprise!), which proposes a “roadworthiness” test for vehicles which are 30 or more years old.  This rule is all about protecting cars with “historic interest”, as it will ban a number of modifications to classic cars.  Currently, what constitutes a modification is unclear and government ministers are in the process of confirming the details with the EU.

It”s easy to see why critics have come out and called this directive “unworkable”.

So where does this leave classic car owners ?

Well, completely confused! If you have recently bought a 1960″s classic car with a re-built engine, you are probably aware that it would not need an MOT after November this year.  But, according to the EU, you could now find yourself driving an illegal car – surely not?  Or if you are a classic car owner who was planning some engine modifications for safety reasons – you may now find that you can”t.  Ridiculous I’m sure you’ll agree.

And where does this leave the classic car industry ?
Again confused and very concerned about the loss of potential revenue for modifications to classic cars.

As classic car lovers, we are all in favour of preserving their rarity and heritage, that”s what we love about them. But there has to be some common sense and an understanding that they have to be driven safely on modern roads.  If policy makers fail to understand this, our precious cars are set to become a lot more difficult to own and therefore even rarer on the roads.