What are the Tax Rules for Classic Cars? 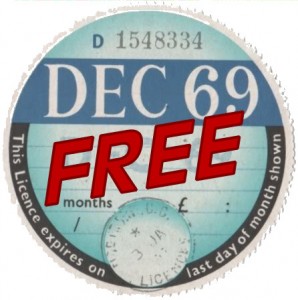 Let”s face it, when you starting thinking about buying a classic car, car tax rules are the last things on your mind.

You’re probably thinking make, model, vintage, colour, and probably dreaming about weekend driving on the open road, not a midweek trip to the Post Office!

Well I am sorry to say but here are just a few of the facts and considerations related to tax rules for classic cars that you really need to brush up on (then you can get back to the more exciting part of buying your car).

So, as we are now all generally aware, CO2 emissions have a big part to play in the price we pay for taxing a modern car. But this only applies to cars registered after 2001. So taking the average car emission as 140g per km, vehicle tax would cost £120 per year (or £60 for 6 months).

There are certain cars which are exempt from car tax – these include agricultural vehicles and certain vehicles used by disabled drivers. Also vehicles “made” before 1 January 1973 are tax exempt. The government refer to these as “historic” vehicles, but we like to call them vintage. Note that I have written “made” before 1 January 1973, as some cars may have been registered after this date, but manufactured earlier. The chassis number can confirm if this was the case.

So at first glance, there is mixed news for classic car owners. But let”s get away from, the “average” vehicle. In fact, who cares about the average car – let”s look at the tax rules for a classic cars casino jameshallison that is of interest to us – the Jaguar XK8

So it”s good news for classic cars, i.e. there is less tax to pay and in some cases none at all.

The only question remains as to whether or not the vehicle tax exemption status should be applied more broadly to classic cars, and not just those deemed as “historic”. A petition has been recently put to the government asking for all cars older than 25 years to be made exempt from car tax on an ongoing basis. The petition has closed now, so you have missed your chance to support it. But who knows, the tax rules for classic cars could be set to get even better.