Does the Lotus Esprit have the BEST pop-up headlights?

As I was writing about the 1989 Lotus Esprit Turbo I talked about the beauty this car possesses; from a space-age interior, sporty wheels and an iconic Giorgetto Giugiaro design that would then stay in production for almost three decades – with some facelifts by some other designers along the way. But how could I forget the most pivotal feature of the car… POP-UP HEADLIGHTS.

As I learnt more about the car and gazed curiously at different angles I grew more fond of it day by day. Then I started think are these the best pop-up headlights ever?

I am sure Mike and others in the office will disagree with me… we all know his affection for his beloved BMW 8 series will stretch as far as mothers loving their first child the most. And don’t get me wrong, there are plenty of examples that are extremely attractive – Ferrari Daytona, Alfa Romeo Montreal, almost every Lambo, those Mazda’s… the list goes on.

When a classic’s dimmers are switched on and you stare at it face on you can see the personality of the car. For me, when I look at the Lotus, I feel connected and attracted to the style that you will never see again on cars of today. 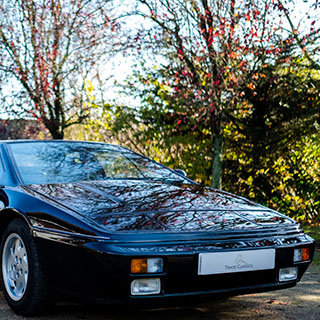 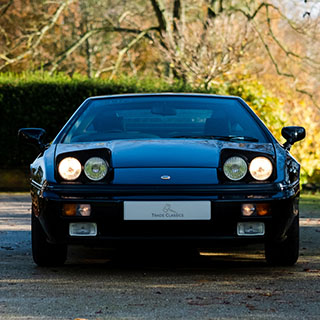 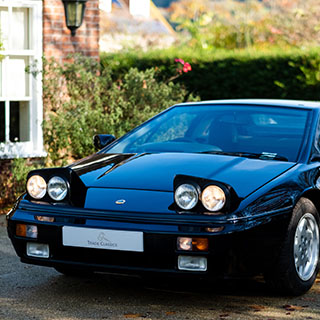 As much as I pray for them to make a comeback, we all know regulations will not allow it. The novelty they posses has made cars of old more desirable and charactable, so maybe that’s a good thing.

From personal taste the Lotus Esprit pulls the feature off beautifully and they’re the best in my eyes. But let me back it up with some facts before you start heckling me. They were born on the Esprit in 1976 and lasted all the way to 2004, from series one to series four – even Dirty Den Watts didn’t last that long. That makes them the longest running production of pop-up headlights on any car.. Ever.

I believe the general consensus of car lovers would be to see these hidden gems back on the production line, that bring a car to life as the sun sets – but unlike the fire in the sky, will they ever rise again?

Don’t forget we have this beautiful Lotus Esprit Turbo on auction with us now – only with one owner and in excellent condition. Check it out.