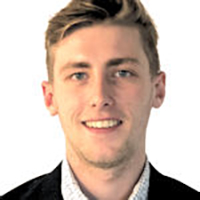 In some unfortunate cases, people may have a desirable car that is sitting idle in their garage for a variety of reasons. Some may not have the time to take the car for a ride, may not have the money to make vital repairs, or perhaps a loved one has passed and you find it difficult to enjoy it by yourself. Known as ‘project cars’ and ‘barn finds’, they have been degrading in storage, but they still have the potential to create so much reward and memories.

People may think that the condition of these abandoned examples brands them as worthless. But one person’s trash is another’s treasure, so don’t think for a second your four-wheeler has no value at all, we are happy to give you a free valuation. 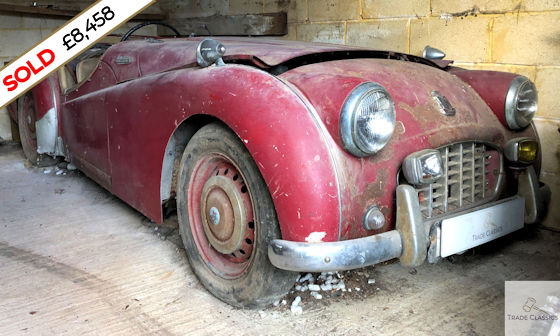 Back in 2019, we met Brian, who owned this red Triumph TR3. He owned the car for just over 50 years, and was his primary car for some time, taking it on leisurely tours with friends and used it driving to work. Like most cars, the parts and body started to degrade so he decided to store it away with the hope of restoring it himself with the parts he had bought. Unfortunately, due to the busy life he had, he was unable to ever get to work on it.

After some intense bidding on our website, from who we are sure to be passionate restorationists, one lucky fellow won it at auction and has now had it successfully transported. Brian mentioned in the ‘meet the owner’ video his desire to see the completed works and we are determined to make that happen. Keep an eye out as we will update you at some point in our weekly email along with some other great articles for you to read. 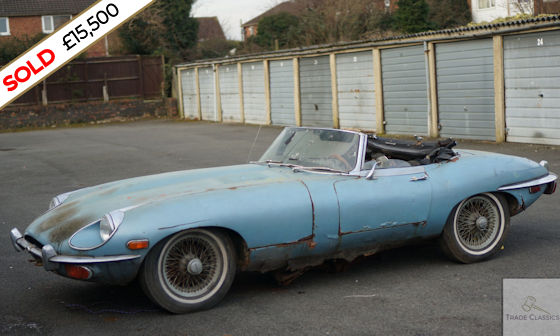 Paul is a great friend of ours at Trade Classics and is passionate about our service, hence he has sold a few vehicles through us. He saw an opportunity to have this particular LHD example imported from Canada that needed a full restoration. There is nothing he doesn’t know about such an iconic model, holding the title of Restoration Manager at JLR Classic for some years.

The car owned no paperwork. The original engine was not present but had a V8 that was made around the era of production. The car also had no gearbox and was ladled with rust. That did not stop it getting sold, however, as the buyer now has a considerable, but rewarding project on their hands.

Like we said earlier, there is a huge market for unrestored projects. There is always value in these and some even exceed their estimates at auction or through an online sale. We take a look at some and why they surprised the classic car world.

A retired naval architect in his 80s from Bath, Somerset, decided to sell his E-type at auction that he owned since 1965 with one former keeper. The estimate was a strong £30,000 but due to its history, the Jag went for more than triple that at £109,000. Having been built in the primary weeks of the E-types production, it was branded as the 59th ever built which catapulted the value of it in some people’s eyes. The new owner would have had to spend £50,000 on restoration works. Who knows how much it is worth now?

Locals claim that Adalbert, the owner of this type 22, was attempting to avoid a certain tax when crossing the french border. He chose a more scenic route and his car ended up in the bottom of a lake. Possibly in modern-day, the AA, or french equivalent would have been able to fish it out of the lake it subsequently stayed for 75 years until we had the know-how and technology to get it out. Sold in 2010 for €260,500.

In conclusion, there are many engineers and mechanics out there that love a good project – some more expensive than others. With a growing market of barn finds who are owned by people with limited skills in this field or perhaps, limited funds, there is always someone who will give you a fair offer.

We are more than happy to help find a genuine buyer for you and your non-runner. Classic cars are essentially a work of art that has the potential to move and make heads turn, collecting dust is not something that should happen. Click here to get a free valuation to see if it is the right thing to do. We can also give you an estimate of how the restoration could cost too.

What are you looking for? Register your interest with the makes and models of classics and performance cars you desire, then we will notify before we list them for sale.

Get our weekly articles delivered to your inbox every Thursday – simply enter your email below and we’ll add you to the list.